Kokila Devi, a divine deity of Goddess Durga is popularly known as Kotgari or Bhagawati Mata in Kumaon hills. It is situated at the bottom of Kalinag hill at Pankhu village panchayat, which is also named as Kotgari Devi temple, in Berinag tehsil of Pithoragarh district of Uttarakhand. 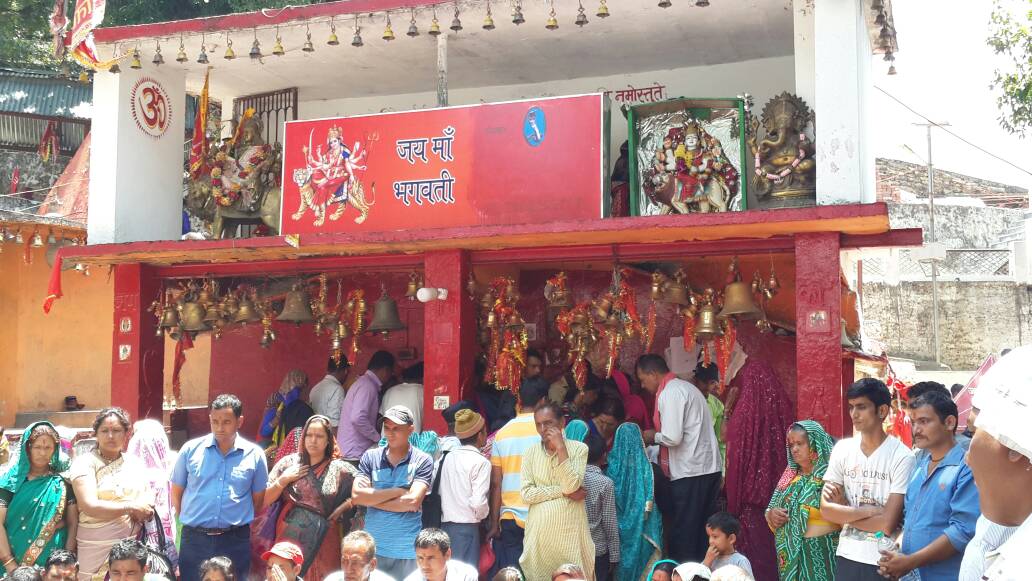 To reach Kotgari devi temple, the nearest railway station is Kathgodam: which is well connected to Delhi, Kolkata, Dehradun and other important cities of the country. Presently nearest airport is Pant Nagar, which is near about sixty kilometers from Kathgodam. In near future the nearest airport will be Pithoragarh, which is under trial for few domestic and defence flights. Other railway station through which one can reach here is Tanakpur which is linked to Bareilly station. One can enjoy the hill roads journey from Kathgodam or from Haldwani or Tanakpur by public transport or private vehicles.

The two routes generally followed are:
1. Haldwani-Kathgodam-Bheemtal- Almora -Seraghat- Thal.
2. Almora- Bageshwar-Dharamghar- Pankhu.
Whichever route is followed, it takes a full day to reach Kotgari from Haldwani or from Tanakpur.

The night stay can be done in dharamshala at Kotgari or at hotels at Kotmanya or Chaukori or Thal, which are less than ten kilometers from Kotgari and have good resorts and hotels. One can enjoy the beautiful scenery of Himalayan peaks at sunrise and sunset.

Summers here are pleasant and last from March to June while winters are a little colder and the period from September to November has a pleasant weather.

The monsoon season that is from July to September brings heavy rainfall and so is not advisable to visit during this season.

During peak winter from December to February it’s pretty cold and travelers need to take precaution. Snow lovers would love to travel during this time to have encounter with snowfall.

The modern temple is divided in three parts, the outer part where the devotees can stand or sit for personal puja. Inside or the middle part there is a small hall where the devotees can offer their offering for the puja to the priest of the temple. The garbh grih or the sanctum sanctorum is the innermost part of the temple where no one is allowed to enter except the head priest who goes for routine puja and offering bhog to the Goddess.

The main temple is surrounded by many other temples and Akharas of Sadhus. In the northern part of the temple area lays a Kalinag.

There is no animal sacrifice in the Kokila Devi temple; however devotees who believe in animal sacrifice take the he goats or fowls to a place one or two kilometers down the river side known as Bhanariyagar.  They make a small temple at that point and offer puja with rituals and offer sacrifices to the evil spirits. Nothing is carried home from that sacrifice and puja at the Bhanariya gar.

Legends associated with the temple:

The legends of Kotgari temples go back to the epic age. Perhaps it was a cave temple in the initial stage.

There is one legendary belief that when Lord Krishna threw out Kalinag from Yamuna River, it asked for a refuge, Krishna suggested the mountain peak below which goddess Kokila resided. Below the temples there is a spring of clean soft water, before going for worship, devotees use to have a bath in the spring. 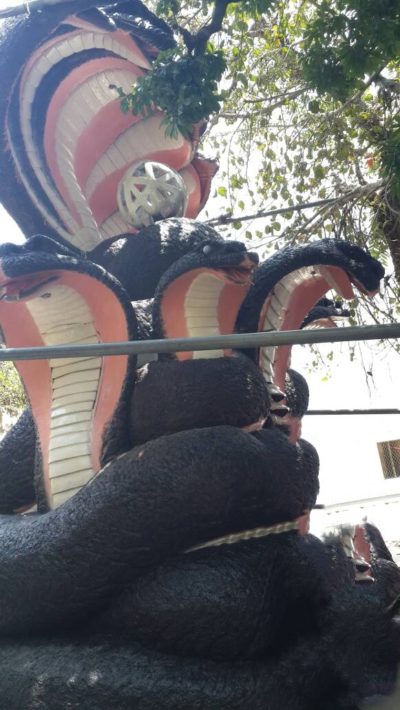 Significance of the Temple:

The Goddess Kokila is having the status of last appeal to any court of justice among the people. The appeals from the sufferer of injustice can be seen in the form of application written on a stamp paper or on plain paper hanging in the outer part of the main temple. Red flags and brass bells hanging in the premises are the token of thank to Goddess for providing justice to them.

The green oak, pine and cedar trees in the forests provide beautiful scenery to the visitors with a promise to visit again and let go of any trouble encountered in the trip…